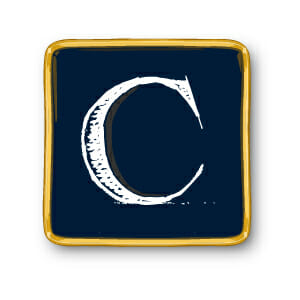 Curious about your military legal issue?

Contact us if you cannot find an answer to your question.

1. What is a court-martial?

A court-martial is the military’s form of a criminal prosecution, administered in accordance with the Uniform Code of Military Justice (UCMJ). The consequences of a court-martial can include a federal conviction, prison time, and a punitive discharge. A punitive discharge is extraordinarily serious because it often results in a total loss of veterans benefits, and it is frequently asked about on civilian job applications.

While each branch of the military operates slightly differently, all courts-martial are governed by the UCMJ, the Rules for Courts-Martial (RCM), and the Military Rules of Evidence (MRE). These authorities are collectively published in the Manual for Courts-Martial (MCM).

A general court-martial is reserved for the most serious offenses, and is roughly the equivalent of a felony prosecution (although the military does not distinguish between felony and misdemeanor offenses).

2. My unit mentioned "preferral" and "Article 32." Can you help me understand what those things mean?

Military criminal procedure is unique. It typically goes through the following stages.

2. Preferral: This is the military’s way of charging someone with a crime. Governed primarily by Rule for Courts-Martial 307, “preferring charges” just means that someone has taken an oath and accused another person of a crime under the Uniform Code of Military Justice (UCMJ). Although commanders oftentimes are the ones preferring charges, anyone subject to the UCMJ can do so. Once charges have been preferred against someone, that person officially has charges pending against them.

4. Referral: This is when a court-martial is formally ordered by someone with authority to do so (known as a “convening authority”). It is similar to the civilian process of when a case is “bound over” or “set” for trial. Essentially, it means the pre-trial phase is over and a person is officially going to face a criminal trial. The person referring the charges determines which type of court-martial an accused will face. Referral is governed primarily by Rule for Courts-Martial 601.

5. Trial at a court-martial: The pre-trial processing has been completed. This is the actual criminal trial.

3. What types of crimes are prosecuted at a court-martial?

A court-martial is a criminal prosecution administered in accordance with the Uniform Code of Military Justice (UCMJ). The UCMJ applies to service members worldwide, on and off duty.

The UCMJ criminalizes many of the same things that civilian laws criminalize. For instance, crimes like murder, sexual assault, and driving under the influence are crimes in the military just as they are crimes in the civilian world. Thus, military members facing court-martial may be in need of a defense lawyer who is well-versed in these crimes.

However, unlike the civilian world, the UCMJ contains many military-specific offenses which are not typically crimes for an ordinary citizen. For instance, in the military it is a crime to be absent without leave, to commit desertion, and to misbehave before the enemy. Disrespecting superiors is often criminal in the military, as is failing to follow lawful orders. Additionally, the military prosecutes people for drug use (in addition to possession, distribution, etc.), which is not typical in civilian jurisdictions. Even consensual sex acts between adults may be criminal in some circumstances, as in the case of extramarital sexual conduct (adultery) or fraternization.

These alleged offenses—common civilian crimes and military-specific crimes—are often intermingled at a court-martial. Thus, it is important to have counsel that can successfully navigate the complexities of a case.

4. I have read a lot about sexual assault in the military. How are those crimes prosecuted?

Sexual assault and related sex offenses in the military often come with the same sex offender registration requirements as sex crimes in the civilian world. Confinement is common upon conviction, as is a punitive discharge (which may even be required depending on the crime).

In the Uniform Code of Military Justice (UCMJ), the bulk of the sex offenses are found in Articles 120—120c. The breakdown is as follows:

Each UCMJ article above has various subsections which criminalize distinct conduct, thereby covering a wide variety of acts.

There have been multiple changes to this area of the law in recent years, with even more changes forthcoming. Thus, an offense that allegedly occurred several years ago may be prosecuted under the prior version of the UCMJ, which was in effect at the time of the conduct. The statute of limitations in the UCMJ has also been amended in recent years, which can further complicate things.

5. Do my constitutional rights apply at a court-martial?

Despite popular belief, many of the constitutional rights that apply at a civilian criminal prosecution apply equally to a court-martial prosecution. Below is an overview of some of those rights.

Presumption of innocence: An accused at a court-martial is presumed innocent. Further, the burden of proof is on the government, i.e., the prosecution. The burden never shifts to an accused.

Right to be free from unreasonable searches and seizures: Although there are some nuances unique to the military, the protection against unreasonable searches and seizures generally applies. Thus, probable cause is often times needed before military authorities can search or seize something. This mainly applies to an accused’s own person, i.e., their body, and their personal belongings. (To learn more about military searches, see FAQ #7)

Right to counsel: An accused has a constitutional right to have an attorney at a court-martial (subject to very limited exceptions). Further, an accused has a right to be represented by counsel of their choice at their expense. In other words, if you can afford it, you can have any attorney you want representing you.

6. Does the right to remain silent apply in the military?

Article 31 applies in addition to the 5th Amendment privilege against self-incrimination, although they function similarly. In fact, rights contained in Article 31 pre-date the Supreme Court’s landmark opinion Miranda v. Arizona, which required that law enforcement officials advise someone of their rights when being subjected to custodial interrogation. The Supreme Court actually cited Article 31 in their opinion as supporting authority for the decision. See Miranda v. Arizona, 384 U.S. 436, 489, footnote 62 (1966).

7. Does the military need a warrant before it searches me or my property?

Military law enforcement frequently seeks to search the private property of military members on military bases. While many of the general concepts pertaining to civilian searches apply equally (or similarly) to these situations, there are several nuances unique to the military.

Probable cause is usually required before a military member’s private property can be searched. In this respect, military searches are similar to civilian searches, and military members maintain an expectation of privacy in their property. But there are some exceptions to the general rule requiring probable cause. Many of the exceptions to this general rule are similar to exceptions found in the civilian world, such as consent, exigent circumstances, inspections, and searches in jails. Searches of government-owned property, even if privately issued to a military member (e.g., a work laptop), generally do not require probable cause.

8. Can the military search my phone?

Privately-owned cell phones and electronic devices (“electronic media”) are possible evidence of criminal activity. Thus, they are generally subject to the same rules pertaining to probable cause and search warrants (authorizations) as any other evidence.

This seemingly simple scenario can have a lot of variables that impact how things play out.

Some questions that may dictate the outcome include:

While every case is different and this article is by no means legal advice, suffice it to say that a military member in the scenario described above needs to think very seriously before making their decision.

9. I know the military conducts criminal investigations. But can my commander investigate me?

The command has the ability to investigate military members, independent of law enforcement involvement. These are often referred to interchangeably as “command” or “administrative” investigations.

An example of this is the common “15-6” in the Army, which is conducted pursuant to Army Regulation 15-6, Procedures for Administrative Investigations and Boards of Officers. All the services have an equivalent.

These investigations tend to be limited in subject matter, as certain conduct is excluded from their jurisdiction. But the investigations can still be extremely stressful to a military member, wide-reaching within the workplace, and oftentimes lacking in procedural due process. Make no mistake—these types of investigations can be career ending.

Article 15 of the Uniform Code of Military Justice is a unique form of punishment in the military. Known by a variety of different names, including “NJP” or “Captain’s Mast,” an Article 15 is generally reserved for lesser offenses where court-martial is not appropriate.

Make no mistake, as the name explicitly says, it is punishment with significant consequences on the line, such as loss of pay and loss of rank (for enlisted members). Commanders are in charge of the Article 15 process. The different punishments on the line are dictated by the rank of the commander and the rank of the person receiving the Article 15. For example, an O-3 commander punishing an E-5 will have different options than an O-5 commander punishing an E-5.

A person who is offered an Article 15 must actually agree to receive it. The person is not necessarily agreeing they are guilty of misconduct; they are just agreeing to the forum, i.e., they are trusting their commander’s judgment. Thus, a person can actually accept an Article 15 forum, but present evidence and prove they are not guilty of the alleged misconduct. There are a lot of creative ways to present your case at an Article 15, so long as you have an experienced attorney who knows what they are doing.

A person can refuse an Article 15 as well. This is risky, but may occasionally be the best option. If a person refuses an Article 15 for certain alleged misconduct, the person does not have a guarantee to go to court-martial on that alleged misconduct. Another way to think of it is that the person is not opting in to a court-martial; instead, they are opting out of an Article 15 for that specific misconduct. The commander can choose a different form of punishment other than Article 15. The military service can continue its investigation and perhaps find additional misconduct. Or the military can even add misconduct it already knows about and send everything to a court-martial. There are a lot of variables that your attorney should be able to discuss with you.

11. I've been notified of administrative discharge. What now?

Servicemembers who are accused of misconduct that does not result in prosecution at a court-martial (e.g., minor misconduct or misconduct that civilian authorities are prosecuting instead of the military) are frequently notified of administrative discharge. These are involuntary and are roughly the equivalent of being fired from a civilian job.

When a servicemember is notified of an involuntary administrative discharge, the stakes are high. How someone’s service is characterized will stay with them for life and is frequently asked about on school and job applications in the civilian world. Discharges characterized as UO, OTH, or UOTHC carry a major stigma. And even a general discharge may result in the loss of significant veterans’ benefits, e.g., the G.I Bill.